When it comes to the world of business churn’s one of those spine-shuddering words. No one wants it but most of us get it - even if only 1% (if you’re very lucky!). Every hundredth counts though and for some, that 1% can amount to millions.

Let’s start by hammering some stats out. Did you know:

How much is too much?

While we’d like to say one churn is too many, we’re realists. Generally speaking, the common consensus is around 5% is the benchmark for SaaS companies. That said, the bigger the businesses you target the lower your churn needs to be because you’ve got less market to go at.

Outside of SaaS, here’s a guideline based on industry medians:

However, what isn’t always so simple is working out what churn means to your business (well, unless you’re subscription-based, then it’s pretty easy).

Although traditionally reserved for businesses who rely on recurring revenue, churn’s beginning to be adopted by more and more e-commerce companies and they have a trickier but by no means impossible task.

Here are a few examples of how it could be calculated in commerce...

1. If you’re an online store and know most of your customers make a repeat sale within 90 days of their first, any customer who doesn’t make another purchase in that period could be considered churn.

3. Or, if you sell something that’s designed to last for a specific period of time - two weeks’ worth of protein powder or teeth whitening strips, for example - anyone who doesn’t repurchase around the time they’re expected to run out (give or take) could fall into the churn bracket too.

First things first, when people leave make sure you ask them why by sending out a simple survey or making a quick call. This kind of intel will make all the following ideas we’re about to explain easier because you’ll know which past customers want what.

For example, if you know 40% of your churned base left because they became frustrated with the fact you didn’t have a mobile app, once you’ve got one, with a campaign built specifically for churned users and about your new offering, there’s a good chance they might come back.

Similarly, if 25% turned their back on you because of your previous response times on tickets, if that’s now improved, you could create a campaign to demonstrate just that and lure them back in.

Don’t try and bundle everyone into the same bracket. Segmentation first, activation tactics second. And if you don’t already collect this kind of data, now’s the time to start.

They say prevention is better than cure, right? Easier said than done, we know, but by keeping on top of users’ behavior you can put pre-churn tactics in place.

For example, let’s say you’re a content collaboration tool. Since they took out your services, customer A had been using your app daily. Then, they drop to weekly and eventually only a couple of times a month. What’s the reason behind the drop in usage? Is there a bug? Can they not find a way to make it suit their current circumstances?

Either way, a quick call or email could help you get to the bottom of it, bring a solution to the table and reform them back into a daily user.

“When you identify previously active customers who are slipping, a well-timed personal email can help to re-engage them. The best case is that you recover a customer; the worst case is often that you learn why your users leave. Either leaves you in a better position than doing nothing.”

Going beyond a standalone call or email, here are a few strategies you could employ:

48 hours: We noticed you liked product B, here’s why others love it too.

And even if they do leave, by acting on their departure pronto (reason dependent, of course), you’ve got more chance of luring them back in before they potentially take out and get comfy with someone else’s product.

Send out a targeted email campaign

As we touched on a little earlier, in an ideal world, alongside your churned users you’ll have a reason behind why they left and for a highly specific email campaign, you can match those explanations to new launches. For example, if customer B left because your content collaboration tool didn’t let them annotate videos in-app, introducing and announcing that feature could be the only nudge they need to re-convert.

If you don’t already have these details or your new launch doesn’t directly resonate with the reason you’ve got, it might still be worth including select churned users in the release - you never know, it might be a game-changing revelation nonetheless.

Remember: don’t bombard ex-customers with emails about every little feature update week in, week out, in a bid to get them back on board. This’ll probably ruffle them up the wrong way and send them to that dreaded unsubscribe button.

Also, don’t forget to differentiate the wording of your campaign from what goes out to current customers. We’ve said it once and we’ll say it again, blanket approaches aren’t effective, people want to know you’ve done your research and know their circumstances.

Just because they’re not paying for your services anymore it doesn’t mean you can’t still support them. This’ll:

With this type of tactic, think bigger than your standard 500-word blog post. Articles are great, but you want something that’s going to leave them thinking “why did I ever leave this company?!” and something rich, in-depth and unique is going to help you do that. A couple of ideas to get you started include a:

Try to be strategic by tying the topic into why the segment left, too.

Admittedly, this one will be a little tricky if they’re not already subscribed - after all, not many people leave a company and then sign up for their newsletter, but that doesn’t mean you can’t try.

Anyway, if they already are or you manage to get churned users on your email list, use this as another opportunity to keep yourself front of mind and provide valuable content. If you segment your newsletter database you could even offer a little incentive to give them a prod...which sets us up nicely for our next ideas.

Sometimes people need to see before they believe and a free, live demo of how you’ve resolved the reason behind a user’s departure will go a long way in doing that. For this one to work though, you need to go in with a very targeted and customizable mindset.

Sticking with the video annotation analogy we already gave, an email like this would do the job:

We were really sorry to see you leave us X months ago and we just wanted to let you know we now offer what we were then missing.

Videos can easily be added and annotated on any device, all without any extra cost, and you can see other people’s actions in real-time. We’d love to show you how this all works in practice and would like to invite you to a free, one-to-one demo.

If you’re interested, you can book a time and date that suits you here.

Let me know if you have any questions and hopefully, we’ll hear from you soon!

And then repeat that process for each of the different causes of churn.

Incentive #2 - give a discount

Whether it’s a one-time sign-up discount or a percentage off their monthly subscription, money off is one sure-fire way to get people’s attention. Just make sure to do the maths so you don’t end up losing money - after all, no-one really wants customers who cost them more than they make.

Incentive #3 - offer them a freebie

We mentioned demos being a great way to show people how you’ve changed, well, giving them a freebie (i.e. one month’s use at no cost) goes one up on that. If you’ve delivered what you’ve promised and they see and experience those improvements first-hand, your chances of getting back in churned users’ good books will undoubtedly shoot right up.

If we’re being honest, this one doesn’t need to be targeted or particularly strategic, but just telling people you miss them and want them back can be effective in itself.

If you only focus on email you risk a) losing people to spam filters, and b) limiting your opportunities, and by this we mean you can obviously only email people so often - do it too much and you pee them off, do it not enough and they might not reconvert.

So, leverage other channels - social, mobile, targeted display ads, snail-mail, and over the phone - and approach reactivating churned users the same way you would a brand new customer.

The channels you choose might also make up part of your segmentation process. For example, if you have info on people’s preferred communication medium you could segment your base by reason for departure + chosen contact method.

And remember, customization is key. Yes, you might be targeting churned users the same way as fresh prospects in the sense of marketing tactics, but the wording needs to be different.

For example, let’s say you set up a Google AdWords account, add remarketing tracking to your website and start displaying ads on the sites previous customers visit. Instead of showing them something generic like:

“We’re offering a 10% discount if you sign-up before midnight.”

“Come back and we’ll give you a 10% discount if you sign-up before midnight.”

One way to measure how effective your efforts are is by creating control groups and analyzing the difference in terms of reconversion rates - i.e. send 10% of your segment nothing and the rest your planned activation tactics.

Remember to factor in the different reasons for churn as some causes will be inherently more difficult to reconvert than others and this could skew your numbers. For example, someone who stopped using your service because their business’ budget got sliced in half is less likely to sign the dotted line again than someone who left due to a lack of feature (that you now have).

For this reason, it’s probably best to segment your groups by related reasons for churn. That way, you’ll get a more accurate reflection of your reactivation activities without other factors getting in the way.

What’s proven to be your most successful activity(s) to re-entice customers? If you’re happy sharing the secrets to your success we’d love to hear them.

"I try to have a loss call or email conversation with all churned clients and as part of that conversation I've asked if they'd be willing to speak to our product team in the future as part of development exploration.

"They're then put into a document and tagged with their key areas for leaving and contract renewal date with the new provider. We've seen success in converting churned clients back onto our platform by then involving them in the 'product/roadmap' development process."

Struggling with constant churn? Or maybe you've got a tried and tested system for cutting it down. Head to the CMO Alliance Community Slack channel and join the conversation with a global network of CMOs and marketing leaders.

Like what you see? Then check out tonnes more.

From exclusive content by industry experts and an ever-increasing bank of templates, to 100s of hours’ worth of presentations and mentors, our membership plans are packed with awesome sales enablement resources. 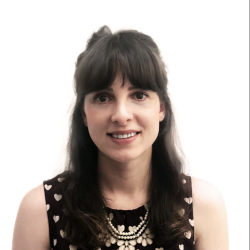 Bryony's the CMO for The Alliance, and by extension the CMO Alliance. She's been with the company since day dot and leads our marketing, courses, content, community, and customer success teams.